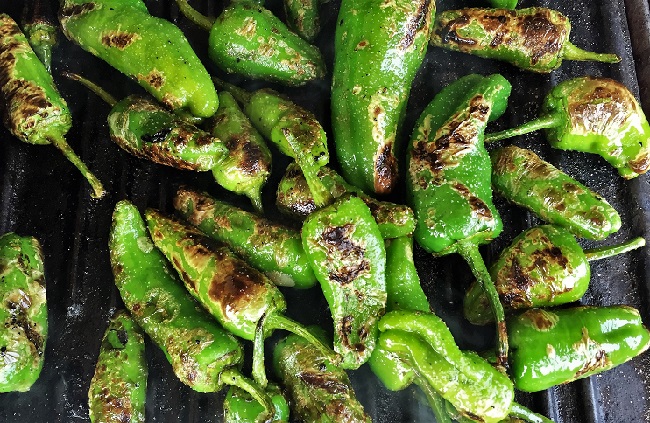 I was first introduced to these darling grilled peppers when in Majjorca on our family holiday and they are the epitome of a tapas.

I first decided to cook these in the UK when I wanted to try a few little snacky bits on our BBQ before the main event (think: large chunk of meat!). Padron peppers can be fried but I think grilled peppers are the best, especially on the BBQ.

They have a slight bitterness which works perfectly when salted and accompanied by a cold cerveza! If you prefer slightly sweeter grilled peppers check out my recipe using Angello peppers – they look identical except for colour.

Anyway, I decided to bring back a little bit of our Spanish holiday and have since then got quite addicted to throwing some Padron peppers on the grill and the great thing is you can now get these at most supermarkets!

Padron peppers – as many as you want!

Goes well with a dozen other little dishes (or mezedes) and the smell of Sangria about to be served.. 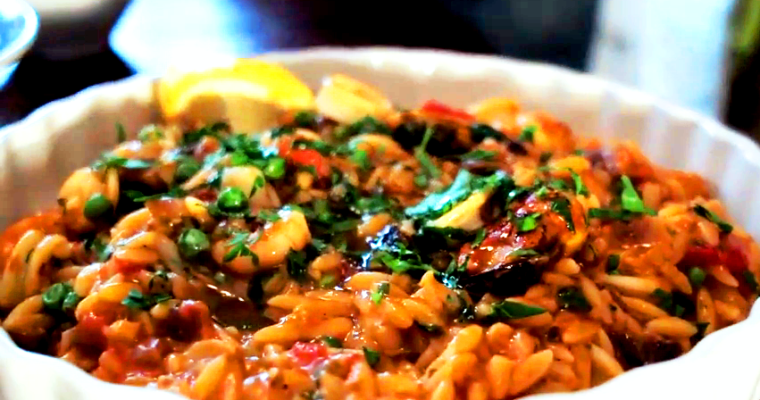 This is my Orzo Paella recipe with seafood inspired by a traditional Greek Orzo recipe called kritharaki. This Greek orzo recipe originates from a humble Cypriot dish called ‘Kritharaki’ but I’ve added a few extras to create something new and utterly mouthwatering; an orzo paella (with a […]