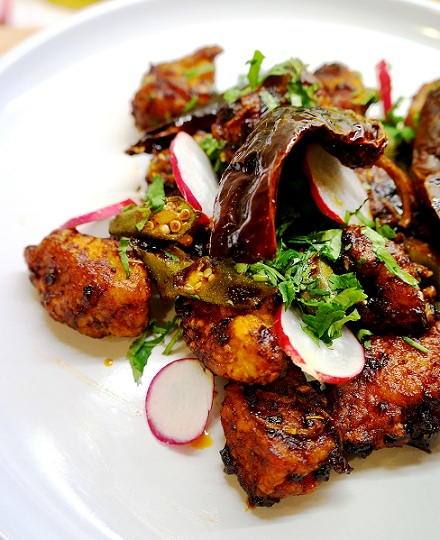 Chexican food is the fusion of Mexican and Chinese cuisine and this stir fry recipe seriously hits the tastebud spot. Hot, sticky, smokey, crispy – what’s not to like?! This is my first Chexican recipe.

Chexican food; the sweet and sharp of Chinese food combined with the seductive warmth of Mexican cuisine (think: smoky chipotles and fried okra).

I like to use deep-fried crispy chicken pieces to add some crunch and give the sauce something cuddle.

I’ve made this Chexican recipe with fish aswell as chicken and it works great with both. A rich Chinese stir fry sauce taken up a notch with the introduction of hot smoky chipotle paste – you’ve hit the Chexican jackpot!

I’ve been lucky enough to have a good Mexican friend of mine cook me some amazing and utterly authentic Mexican food and I’ve come to appreciate the sheer breadth of Mexican cooking so much more. There are a ton of Mexican recipes that just don’t get the airtime as much as the ubiquitious fajitas or chilli con carne..

Equally I’ve travelled for a few months around China and there is a point where the two worlds of Mexican food and Chinese food collide in perfect harmony. And I think this is one of those rare collisions of flavour.

I should point out, albeit it is probably very obvious, I’m by no means an expert in either cuisine; but I know when something tastes good.

And this Chexican stir fry recipe does.

In fact it was on Nick’s radio show that my Chexican chicken stir fry was described as streetfood – I hadn’t really thought of it like that, but it really works as smash-n-grab streetfood recipe.

Especially if you make one of my no yeast flatbreads to wrap the Chexican chicken in would be delicious!

After I invented this recipe I started thinking about what to call it and suddenly came up with the name Chexican. I literally thought I had invented the gastronomic equivalent of the wheel!. Turns out if you search Google the word ‘Chexican’ has already been invented… who would have thought?

…if beer mats are the incubator of ideas, Google is the sobering morning-after cup of coffee..

The okra (ladies fingers) and chipotle paste are available in all supermarkets, but worse case you could try runner beans instead of okra but you really do need the chipotle paste..

2 tbl chipotle paste (taste as some are hotter than others!)

Slices of radish to garnish

Goes well with your new membership to the Chexican food movement… you heard it here first…well, almost first… 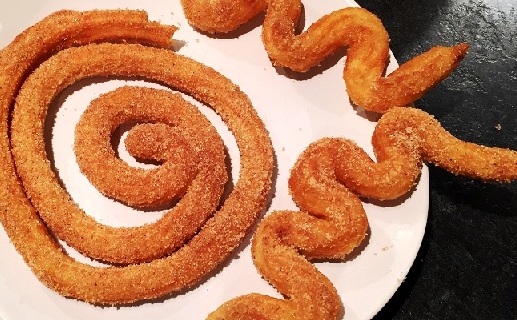 My Churros Recipe is as authentic as it gets and comes straight from my Mexican friend Marianna! We followed her authentic Churros recipe to the letter and it couldn’t have been easier. This churros recipe created piping hot elongated doughnuts that we served as part of […]