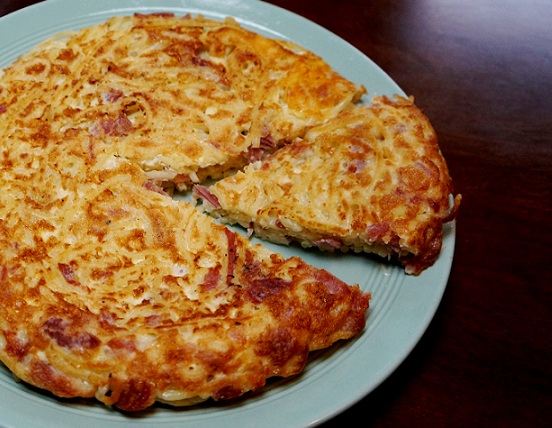 My brother-in-laws bacon and egg frittata recipe is perfect to use up leftover spaghetti. But first, what the hell is a frittata? Is it an overcooked omelette?

Is it a quiche without the pastry? I’m not quite sure.. But I am sure that my brother-in-laws leftover spaghetti frittata recipe was damn good!

Most frittata recipes consist of a quiche like substance; personally I’ve never been a fan of quiches. Maybe I’ve never had a good one, but presently I won’t go near the cold egg discs from hell. But my brother-in-laws leftover spaghetti frittata recipe…well that’s an entirely different story…

And as it happens the Big Guy started telling me a story of how this particular leftover spaghetti frittata recipe originated in his village just outside Naples and that his mum would make the best spaghetti frittata you’ve ever tasted. Sounds about right.

I am now converted, no, not to quiche, but to frittata; but only spaghetti frittata! It was super tasty, the spaghetti gave the dish a lovely texture and it was incredibly quick. In fact the ideal recipe to use up leftover spaghetti.

I’ve come realise that the Italians and Greeks share many traits; we both believe that pretty much everything originated from the Greeks or Italians.

We both love to tell a good story and believe our mums are the best cooks in the world.

The other thing I like about this recipe is you can freestyle as much as you want, throw in whatever you have leftover in the fridge. I don’t think a frittata recipe should be too prescribed; it would contradict its reason for being. It is about using up leftovers, it is a humble dish, village food that is perfect for a hearty lunch or dinner on a frugal budget.

Oh and if you want to make this a vegetarian frittata simply leave out the bacon and add a few more veg!

Serves 2 – a note on the quantities; basically it is one handful of spaghetti per person and one egg per person; so you can upscale this recipe quite easily.

Anything else you spot in your fridge you want to use up.
Seasoning and a pinch of chilli

Note: you really want to use a frying pan that is small enough for the frittata mixture to fill the base at least an inch deep 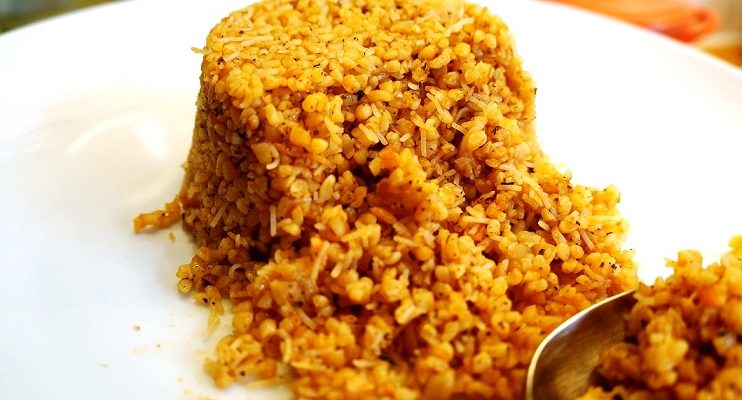