The Chocolate Brownie Bid Has Begun! 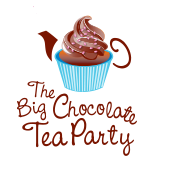 The lovely folks at the Sick Childrens Trust have just launched their Big Chocolate Brownie Auction today! It only lasts 1 week and features dozens of excellent (much better than me!) chefs (OK, including me as well) donating their brownies to charity – and you can get a piece of the action (or brownie) by bidding for some yourself!

There are loads of brilliant chefs taking part including; Paul A. Young, Jules Oliver (that’s right Jamie’s missus!), Tim Anderson from Masterchef acclaim, Edd Kimber from The Great British Bakeoff, Peter Sidwell – and a host more all giving their time (and brownies!) to charity.

The Sick Childrens Trust creates ‘homes from home’ for the families of sick children staying at childrens hospitals around the country. The philosophy is all about keeping families together and that’s something I wholeheartedly believe in, which is why I’m also taking part.

You can bid for my spiced brownies or any of the other chefs brownies – to be honest, it isn’t often you get a chance to bid on a bunch of handmade brownies especially for you by a top chef; I’m already eyeing up a few of those chefs to bid on myself!

You can bid here – Big Chocolate Brownie Auction and find out more about The Sick Children’s Trust and all the good work they do.