Teriyaki Sauce Recipe – used on everything! 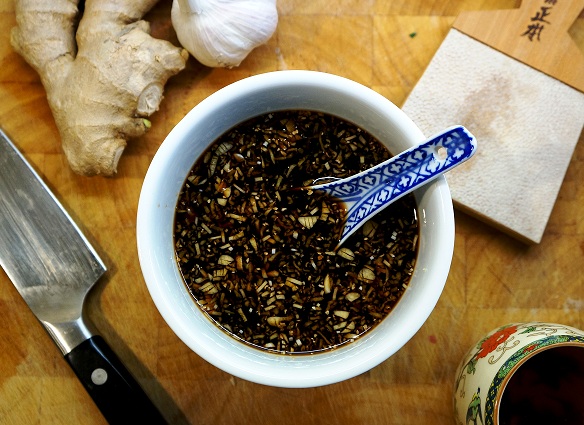 This is a really easy Teriyaki Sauce recipe, there are a ton of other teriyaki recipes ranging from the most simplistic to others that must be cooked only during a full moon and while standing on one leg.

The teriyaki sauce recipe I now use has evolved from the most simple to adding a few more bits that just felt right and eventually tasted as I felt it should taste.

Is this the most authentic Japanese Teriyaki sauce recipe? Probably not. In fact, most definitely not. Does it taste good? Hell yeah!

I spent a little time travelling around Japan and even managed to climb Mount Fuji. In fact, the shark skin wasabi grater you can see in the image I bought at the Tsukiji fish market in Tokyo which I highly recommend a visit to if you ever happen to be passing..

Anyway, I totally fell in love with Japan, the countryside and cities, the people, the food, the lot. It is definitely on my must-visit-again list. I can’t remember eating teriyaki sauce in Japan, but I do remember how clean the food felt…

Teriyaki is a word that is derived from the noun ‘teri’ which means the ‘shine’ created by the sugar content and the ‘yaki’ comes from the cooking bit of grilling. No, it wasn’t a wise old Japanese man who explained that to me, I just read it from Wikipedia.

Anyway, I digress, my teriyaki sauce recipe works wonderfully well on almost everything.

Vegetables, chicken stir fry, used as a glaze over stuffed squid and as you might have noticed I’ve also used it in my lovely beef and broccoli stir fry recipe.

But being such a great sauce I felt it deserved its own spot on my blog, so here it is..

2 tbl sugar (half brown half white if available)

1. Put the lot into a bowl and stir thoroughly to combine.

Note – this is a very loose teriyaki sauce; meaning it’s great for marinating meat before stir frying or popping onto a BBQ, you can add it straight into a stir fry which will thicken as it’s cooked in a wok (see my beef and broccoli stir fry recipe for that example).

If you want to use this as a thicker glaze to spoon over a piece of meat or fish, then simply add your teriyaki sauce to a saucepan and simmer until reduced by about half. This will thicken it and help it ‘stick’ to other ingredients.

Personally, I prefer not to do so as I’ve found it flattens the flavours a little and have in the past just added a teaspoon of cornflour mixed with some of the cold sauce to help thicken a sauce when making a stir fry.

However, in saying all of that, if you watch how Peking Duck is created through a glaze then hanging process the marinade looks very loose opposed to a thick goo.. So if any of my fabulous readers have made their own Peking Duck I’d love to hear about it!

Goes well with my beef and broccoli stir fry! 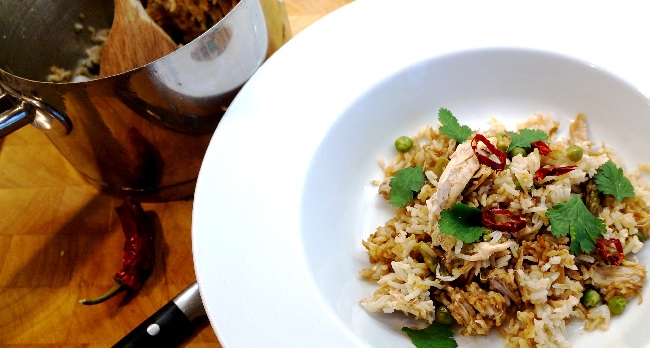 Clay Pot Rice always reminds me of Hong Kong…  Strolling along the streets of Kowloon market the main event is the street food, in particular the clay pot rice and the black bean clams (but more on the clams another day…). Clay Pot Rice Recipe is inspired […] 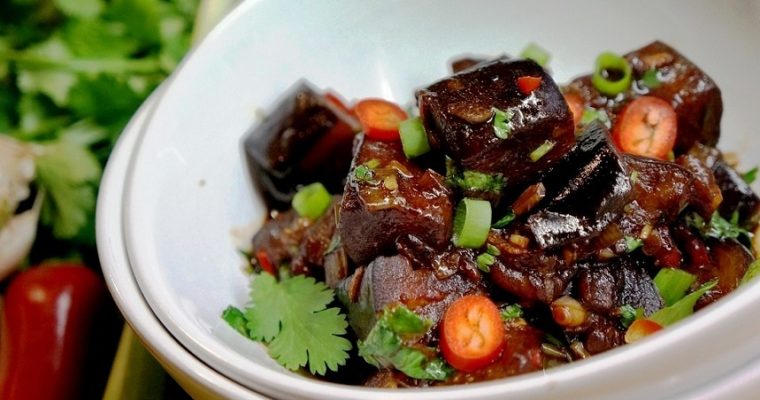 Aubergine Stir Fry Recipe from the Orient! My aubergine stir fry is dark, sweet and seductively hot! Rich in colour, it covers all the taste bases – hot, sweet, sour, easy and delicious! I stumbled across a version of an aubergine stir fry years ago while travelling […]