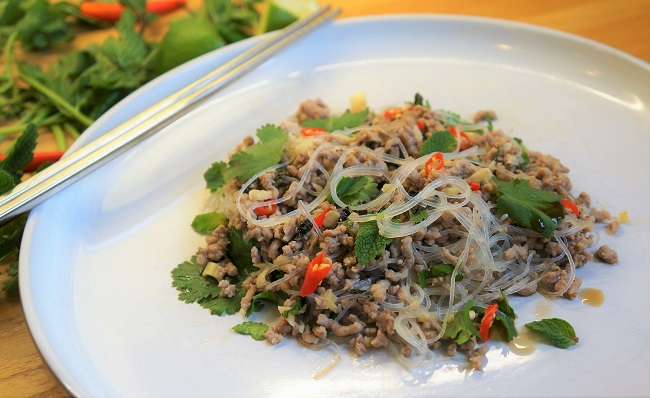 Pork Larb is inspired by a larb recipe I enjoyed most when travelling through Laos.

This particular larb recipe is pork larb, also known as laap it is often made with chicken or pork mince, I quite often use turkey mince which works really well. Either way, you can make a pork larb or turkey larb and both a re divine.

Pork larb is often served in a gem lettuce leaf, sort of acting as a cup or green taco; it works really well adding a nice crunch to the larb recipe but also making it really easy to grab and go.

A really good pork larb recipe is my ultimate fast food at home. You can literally whip this up in fifteen minutes and I like it in a big bowl that I can sink around and scoff while kicking back on the sofa that’s packed with big bold punchy flavours with plenty of chili.

If you like south-east Asian food (Laos, Cambodia and Thai – check out this link with some of my other travel inspired recipes).

For sure there are a thousand pictures of beautifully presented pork larb dishes served in quaint little gem lettuce leafs and as much as I like that, sometimes, when I’m feeling greedy I want a bowl, chopsticks and I want it hot. Really bloody hot. Just the way I remember having it in Vientiane.

I fell in love with Laos when travelling around Asia, the country, the people, the food (oh and tubing in Vang Vien – more on that here.) 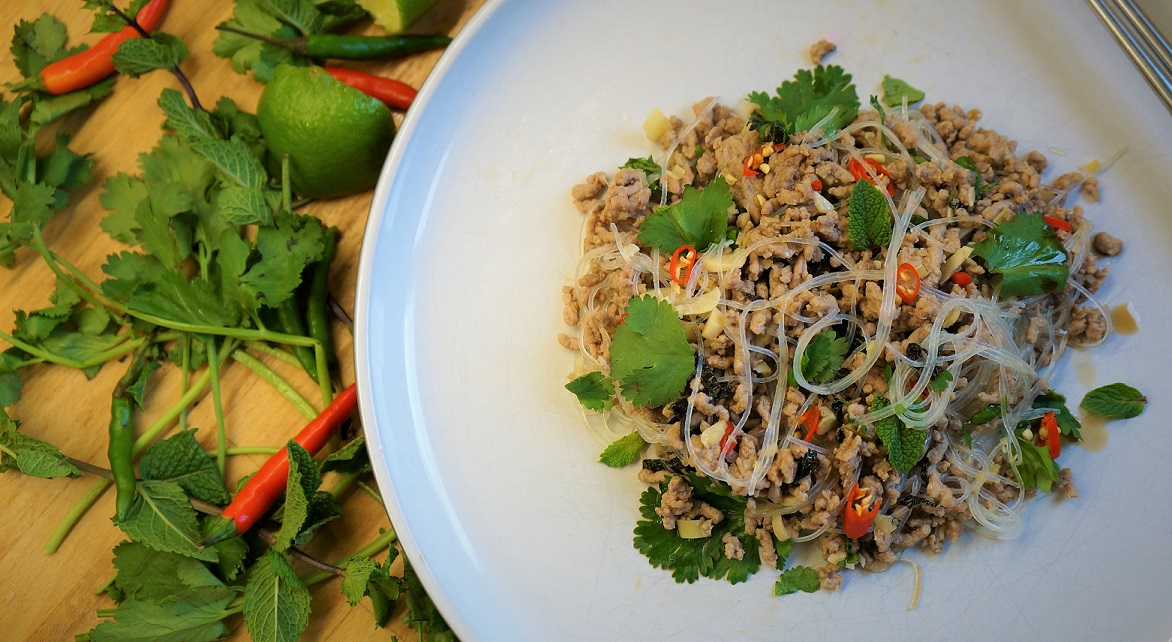