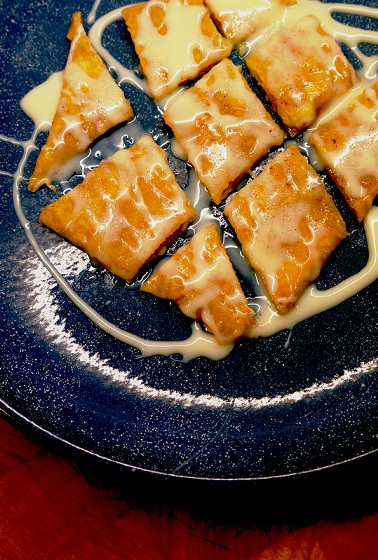 This banana pancake recipe isn’t what you might expect, it’s crispy, sweet and delicious. It also pays homage to the infamous banana pancake trail throughout Asia, specifically Laos.

South East Asia is a mecca for travellers and the Banana Pancake Trail (a nickname for the non-descript route that travellers take through Asia) was coined due to the number of street food vendors selling this very type of banana pancakes along the well trodden travellers route.

My banana pancake recipe pays homage to those street food vendors dishing out delicious crispy banana pancakes, fried in butter and then drizzled with condensed milk.

Banana pancakes are ubiquitous all over south east Asia, but I was introduced to them while backpacking through Laos, so this is my Laos Banana Pancake Recipe.

Read more about my travels here.

Now I think we need to clarify something; don’t confuse my street food banana pancakes with those big fluffy american style pancakes or those European crepes – the pancakes I’m talking about are thin, crispy, sticky golden discs.

They are also made with a pancake dough opposed to a wet batter. That might not seem like a big deal, but it changes everything. You cook these in butter which crisps up the dough and melts the bananas inside. It’s like a little sweet envelope of banana love.

Using a dough creates a crispy outside, gooey banana centre and usually comes with a drizzle of condensed milk.

But lets not dumb this down; watching the making of a Banana Pancake in Asia is an art form in it’s own right.

It’s difficult to explain so thankfully a fellow travelling enthusiast (Anna from 2Forks) kindly sent me her video clips and picture from when she was also indulging in these wonderful treats..

Yes, I said dough not batter.

Goes well with a pair of flip flops and nostalgic stories of street food in Laos.

Note – if you want to make the dough in advance I noticed most of the street food vendors would store their pancake dough by being submerged in oil. But I guess clingfilm would work as well…! 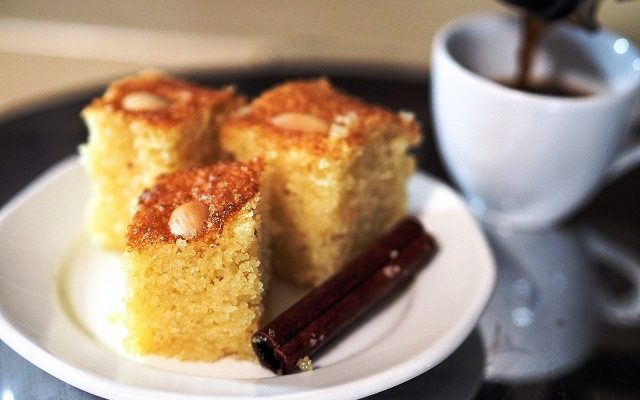 Kalo prama (translates as; ‘good thing’ and sounds like ‘galombrama’) is the Greek name for this famous Cypriot dessert which I’ll explain how to make below. This is my kalo prama recipe.  Kalo prama has gone by various names; for years I thought it was […] 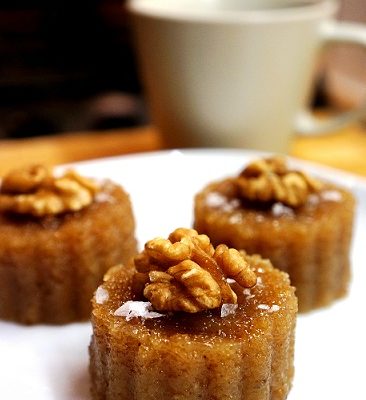